I’ve never been much good at sleeping. From the hours of 8:00 am to about 8:00 pm, I’ve got weights tied to my limbs and head, I’m dragging and exhausted. But once the sun goes away and it’s dark and cool outside, my brain is filled words and ideas and melodies and it overflows until I have to lay in my bed writing all over my hands and arms to get everything out, and to make sure that I won’t forget when the sun rises. By about midnight, I itch to play my guitar so badly that it feels as though my insides are on the verge of tearing open and exploding, but facing the wrath of my family, recently awakened by a late-night jam session, would probably be worse than self implosion. Since I can’t make my own music at this time, I do the next best thing: listen to other people’s music.

When I’m like an accumulation of hyperactive, excited gaseous particles, I need a steady beat to crawl into my ears and liquify me. I need to bathe in vibrations, and come out fresh and clean and enlightened. END_OF_DOCUMENT_TOKEN_TO_BE_REPLACED

Life is really scary sometimes. Especially when everything that is to ever come and ever be all joins together, intersects, and converges at one point: you. The overwhelmingly infinite possibilities in life are all within reach and all you have to do is reach out and grab one and it could be yours — your future, your story, the mark that you leave on the world.

But you only have so many hands.

What happens when a community discriminates, ostracizes, or condemns an individual and what is the impact on society as a whole? END_OF_DOCUMENT_TOKEN_TO_BE_REPLACED 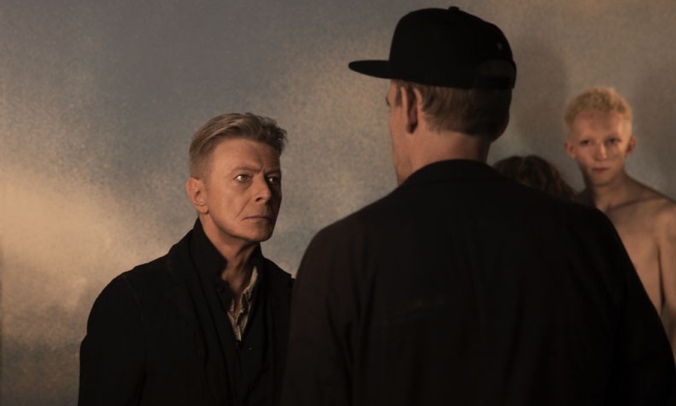 David Bowie during the filming of the music video for his “Blackstar”. Photo credit: Jimmy King, September 2015

“News guy wept and told us, earth was really dying…

My brain hurt like a warehouse, it had no room to spare
I had to cram so many things to store everything in there.”

– “Five Years”, The Rise and Fall of Ziggy Stardust”

When I first heard the news, it didn’t make any sense. There was no way that the star at the center of my solar system could have blinked out of existence — so quickly, without warning. Without it’s gravitational pull, all of my planets flew out of orbit and asteroids collided with moons and made craters so deep that I don’t think they could ever be filled again.

And that’s when I started crying.

David Bowie had left us, late Sunday night, losing contact with ground control forever to drift into deep space and take his place among the stars. END_OF_DOCUMENT_TOKEN_TO_BE_REPLACED

A man takes a walk down the street. The frost lines the sidewalk, so that when he attempts to sidestep a stray cat that runs by he slips and falls on the icy pavement and lands in a pile of fresh snow. There, embedded in the piles of crystalline water, is a ten dollar bill — fate’s reconciliatory gift for his nasty fall. He pockets the cash and continues on his way. He rounds a corner, where he sees a homeless man, bundled in an assortment of ancient, browned, and smelly garments, stretching his arm outward with a tin can, begging for spare change to sustain his miserable existence. After some hesitation, the man reaches into his pocket and retrieves the twenty dollar bill. Sure, its a lot of money to give to a beggar, he thinks, but it’s good karma and I don’t need it anyways. He reaches out and drops the bill into the tattered tin can. “God bless you!” the beggar says as the man continues on his way.

This was a good deed, right? An act of charity that may have saved the life of someone in need, someone struggling to keep his head above the waters of death, which could ultimately take his life whenever people decide to stop giving without self-interest in mind. END_OF_DOCUMENT_TOKEN_TO_BE_REPLACED

Likes. Retweets. Followers. Trends. Fads. There is no doubt that the media commands a massive influence on modern society. Not only that, but it is a media that was born with the potential for the sharing of expression, art, knowledge, wisdom, and original ideas with the world but has become increasingly driven and corrupted by money and profit. We attempt to escape from the drab of day to day life only to find that what we watch on TV, hear on the radio, and see on the Internet is all too often no more interesting than our own lives. We spend all of our time lost, in search of something greater than our everyday routines or what the media offers to sedate us, when really, greatness is not something that can be found. It’s something we have to create for ourselves. END_OF_DOCUMENT_TOKEN_TO_BE_REPLACED

We all want to be seen a certain way by others. We want our beliefs, our ideas, and the essence of ourselves to be understood by the people we come into contact with. We hope that what we stand for touches the lives of other people and that the unique identity of our souls leaves a mark on the diverse, fast-paced world that we belong to.

But this is no easy feat.

END_OF_DOCUMENT_TOKEN_TO_BE_REPLACED

Everybody is susceptible to following a charismatic leader. A few times every century, time and time again, a major issue of some sort will occur — whether a revolution in Russia, a thirst for the end of British imperialism in India, civil rights movements, or the Cold War — heating up until conflict is just about ready to boil over. No matter what the situation, the story is always the same. Someone, whether a humanitarian or an opportunist, will take charge of the situation and direct the needs and desires of the people towards a cause. And because the people believe that this person can give them what they desire, whole nations will follow a charismatic leader to the ends of the earth, even if it turns out that their interests were never truly with the people. It is those that see a need and fulfill it (or at least claim to) that bring about change in the world, for better or for worse, and are written down in history textbooks as benevolent champions and liberators or as megalomaniacal tyrants and oppressors. 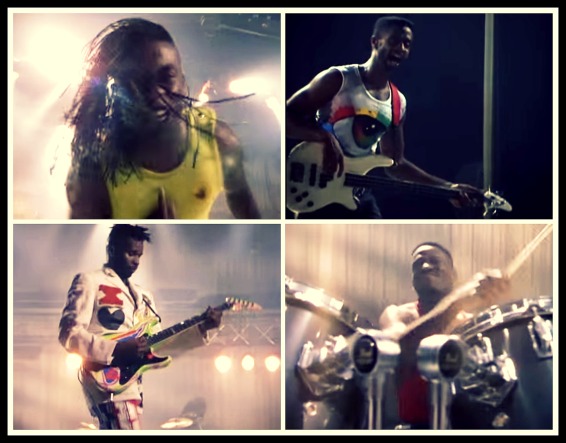 END_OF_DOCUMENT_TOKEN_TO_BE_REPLACED

What are we all? Is each person just a blind, confused creature searching to find his or her place as a cog in the machine that is the world? Or are we more like quarrelling dogs, trying to assert dominance in our packs and to leave the greatest mark upon the world? The the search for one’s identity is a wildly conflicted journey both mentally and physically. Often, we try to stand out amongst the others while simultaneously trying to fit in with a group and be accepted. This psychological battle with the self is accurately depicted in the Who’s song “I’m One”, from the concept album (one of my favorites) Quadrophenia. Everything about this album is phenomenal, from the plot to the lyrics to the instrumentals (the Entwistle-Moon combo is in my opinion the greatest rhythm section of all time) to the composition and even the cover art (by rock photographer Ethan Russell). END_OF_DOCUMENT_TOKEN_TO_BE_REPLACED

Throughout the course of recent music history, there are few artists as iconic, influential, or non-conforming as David Bowie. In the words of music critic Brad Filicky,

“Bowie has become known as a musical chameleon, changing and dictating trends as much as he has altered his style to fit, influencing fashion and pop culture.” -Brad Filicky (10 June 2002)